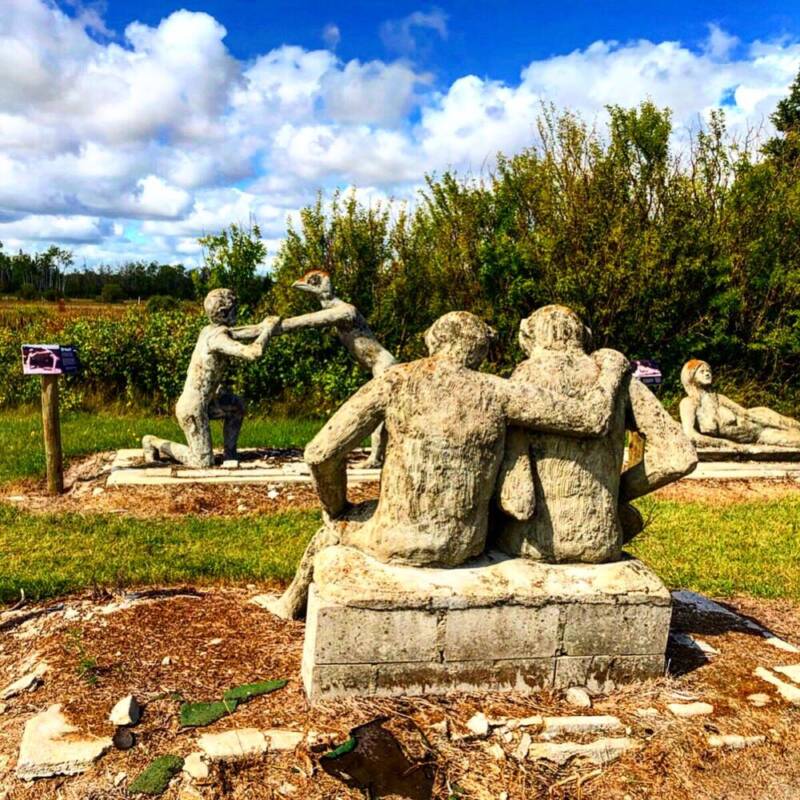 A rebirth has happened in the northwest area of the Interlake! Armand Lemiez, a painter and artist, originally from Belgium was a master at turning his farmland into his own outdoor gallery. Being a very creative man, he channeled his mind into both his farming and his art. Building his house to showcase his art was important; however, he was so prolific he ran out of space. Eventually, he had to build a separate cinderblock building.

At age 72 he began an ambitious project of creating 21 large concrete sculptures, designed to interact with their surroundings and on a wide range of subjects. Before his death he wished the government to turn his homestead into a park- it was decided his work was of “No cultural value”, the paintings were lost and the wilderness reclaimed his gallery.

Explore the grounds now and glimpse into Lemiez’s world of Sculpture. The site will be open seasonally – June – October, see the signage at the highway.