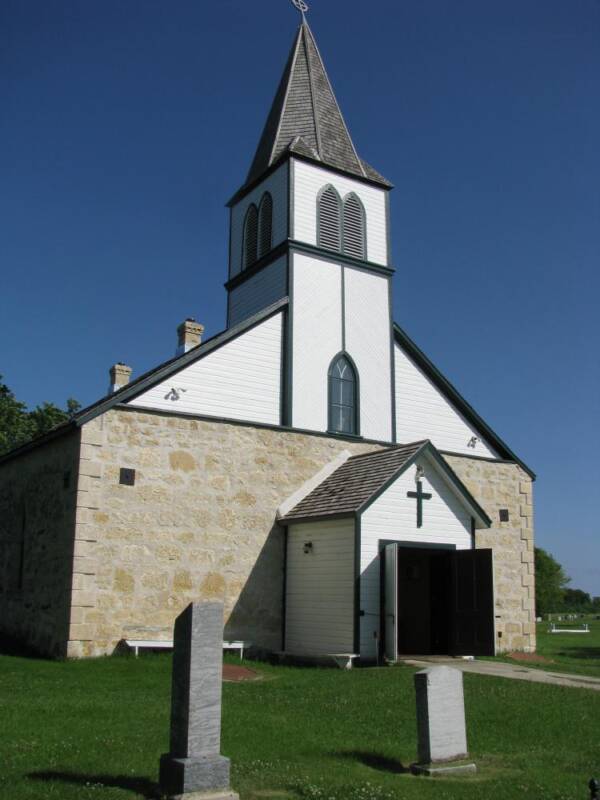 Located on the east bank of the Red River, three miles north of East Selkirk, at the mouth of Cook’s Creek. Built in 1853 it is the second oldest stone church in western Canada. Serving the first Aboriginal agricultural community in Western Canada the settlement was established in 1834.

The original peoples in this area were Cree, later joined by Ojibway and Sauteaux in the late 1790’s. Reverend William Cockran arrived in 1824, to serve the spiritual needs of the Red River settlers. Soon after, he met and became friends with Chief Pegius, leader of the Saulteaux peoples.

Chief Pegius, one of the first chiefs to sign Treaty #1 at Lower Fort Garry, assisted in planning the building of St. Peter’s Church with Rev. Cockran in 1851. The building was overseen by master stonemason Duncan McRae who also built Little Britain Church, St. Andrews-on-the-Red & Rectory & Twin Oaks. St. Peter’s Parish, known by names such as the Old Stone Church of St. Peter’s and the Indian Settlement. Chief Pegius is buried here.

For more historical information on these churches and the area go to: https://redrivernorthheritage.com/download/5059/

Who’d have expected a marine museum on the prairies?  This historical attraction makes Selkirk a must-see for marine […]

About the Interlake Barn Quilt Trail

CALL FOR UPDATES: Arborg Heritage Village Opens for the Season!