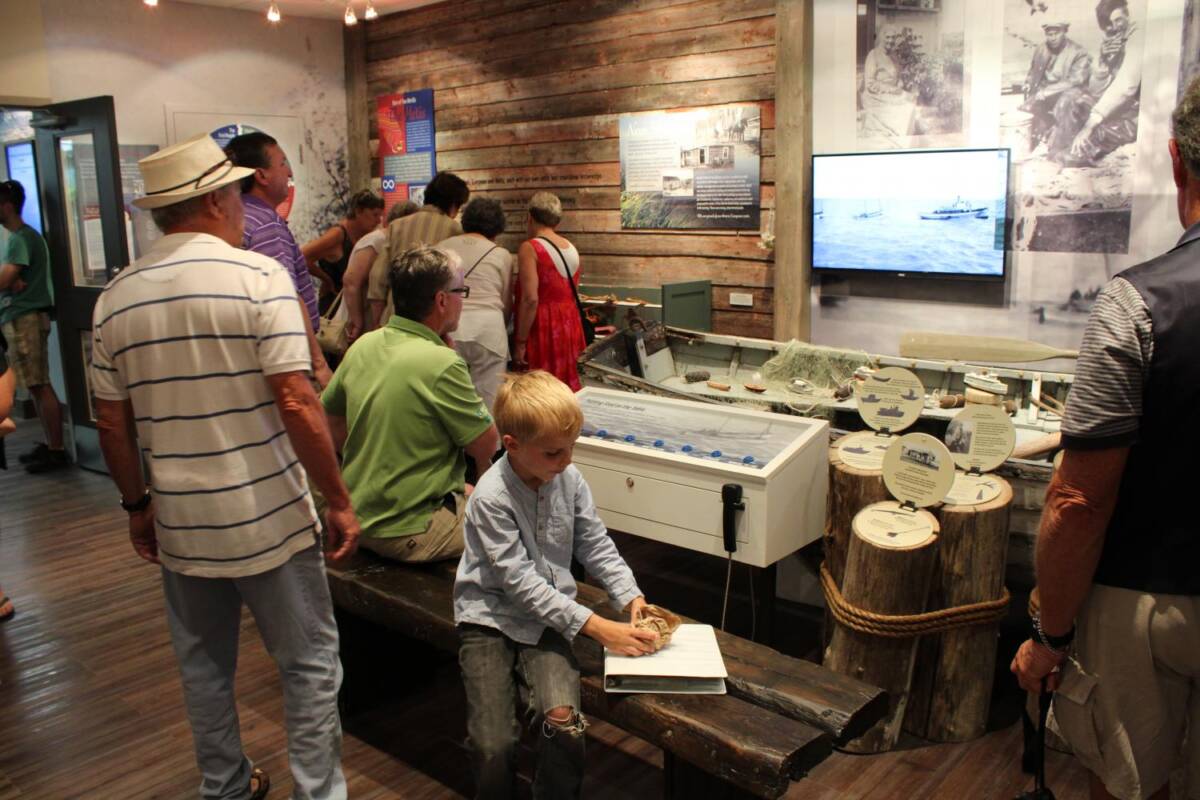 Opened in July 2015, this Heritage wing melds storytelling with technology, encapsulating the heritage of the East Beaches of Lake Winnipeg, its Aboriginal beginnings, its Metis roots, and the heydays of Grand Beach.

Becoming the playground of the CN Railway staff in 1916, with the largest Dance Hall in North America, a carousel, hotel and boardwalk it is now portrayed in a diorama featuring all this plus a train you can run. Enjoy the sounds of the train plus carousel and dance hall.

Locals tell the stories of their family and life on the East beaches, the hardships and milestones over the years.

Discover Grand Beach nearby, with its white sand dunes, sandy beach running along the shoreline. Named as one of the top ten beaches in North America.

1. Learn while you visit: The Storied History of Selkirk’s Parks Selkirk is home to numerous beautiful parks […]

Catching that hard water “WINNER” in Manitoba’s Interlake… The Interlake, a prime ice fishing destination in Manitoba, no […]