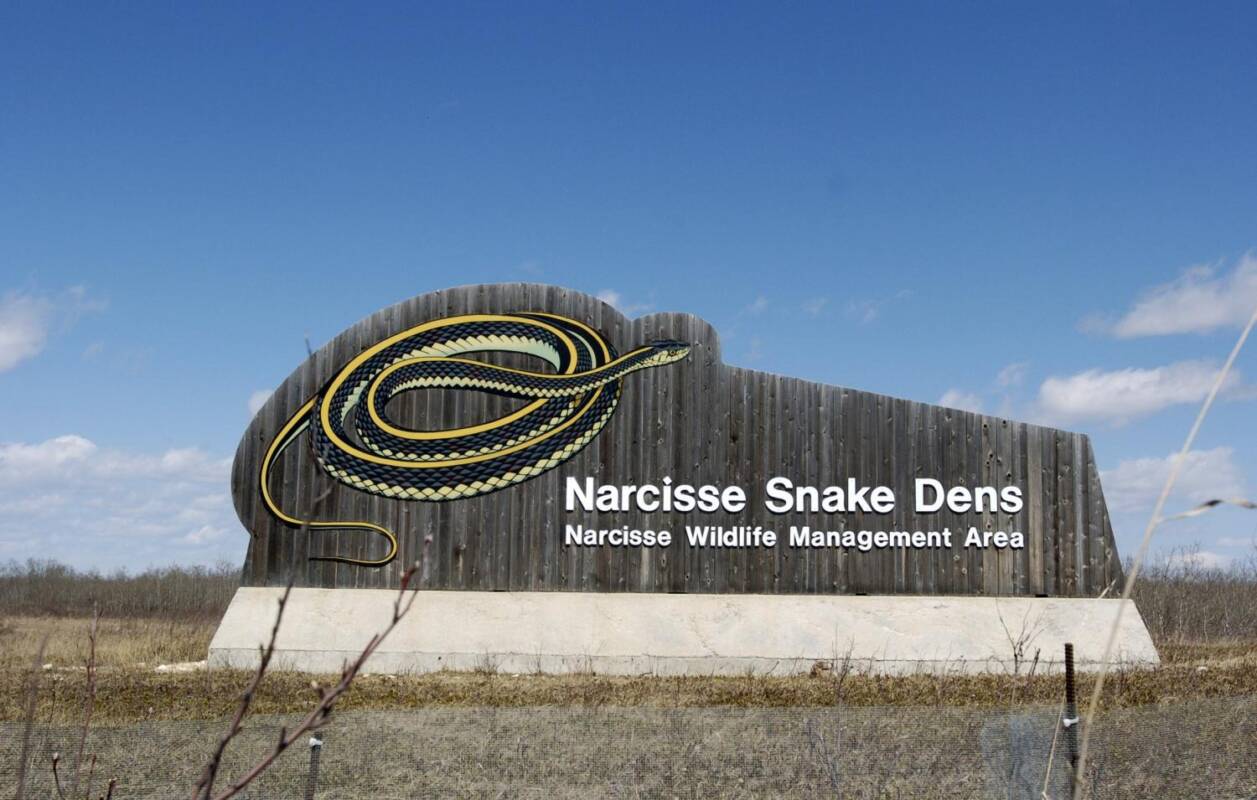 As spring breaks across the Interlake, the largest concentration of Red-sided garter snakes in the world begin to move from their subterranean limestone dens. The dens, near Narcisse, are visited by thousands of tourists annually, while these snakes are studied by scientists from around the world.

The cold-blooded inhabitants of the Narcisse dens crawl forth each spring from the cold underground limestone dens to sun themselves on the rocks. In spring, visitors are awed by the massive mating balls comprised of thousands of male snakes that have formed a ball around a single female to attempt to mate.

After mating, the males leave for the summer to forage miles away from the dens.

On-site is a picnic area and pathways to all four dens, with rest areas along the way. Prime time to view this post-hibernation party is around Mother’s Day weekend. Watch this video on the emerging of snakes. There may be experienced guides on-site part-time during prime viewing times.

A rebirth has happened in the northwest area of the Interlake! Armand Lemiez, a painter and artist, originally […]

Who’d have expected a marine museum on the prairies?  This historical attraction makes Selkirk a must-see for marine […]

Tourism in the Interlake Region gets a Boost!

April 20, 2022 – Warren, Manitoba Thanks to funding from the federal government and local Community Futures organizations, the...